Our first Salsa experience was at a nightclub in Toronto Canada called Berlins where the Salsa night was hosted by Josie Neglia, it wasn’t until we returned to London that we decided to take lessons in 1992, with the first generation of UK Instructors Xihomara Granados, Nelson Batiste, Ramiro Zapata and Zina. We were first introduced to crossbody style dancing by Pedro Gomez and have since gone on to work with and learn different styles from such salsa luminaries as Eddie Torres, Nelson Flores (Descarga Latina), Thomas Guerrero (Santo Rico), Frankie Martínez and many others. Owing to these influences, we have experienced styles ranging from Columbian and Cuban Salsa to the Cross Body styles “On 1″ / “On 2″ and Cha Cha Cha.

In May 1999, we had our first Salsa Congress experience at the first SalsaWeb Convention (which was hosted in Washington DC), we were really inspired by the amount of talent on display there, this plus the encouragement from Nelson Flores and some friends who wanted us to teach them, prompted us to start MamboCity which we did in August 1999, our first class had about 15 of our friends, we held our first party in October of that year which was a Halloween Fancy Dress/Mask Party.The following month (November), we got involved in promoting a New York dance group who wanted to come to the UK, Luis Zegarra of Fuerza Latina and Ismael Otero of Caribean Soul, This happened by chance, due to a promoter, who was responsible for organising the event pulling out, Luis Zegarra persuaded us to go ahead with the promotion.

The Mambo: of African and European parentage, Mambo, Conga, and Bongo were originally Bantu names for musical instruments that were used in rituals and gradually became secular. Mambo means “conversation with the gods” and in Cuba designates a sacred song of the Congo (Cubans of Bantu origin).

The Congos absorbed a variety of foreign influences and the mambo drum rhythm became a cocktail of Bantu, Spanish and Yoruba. Coupled with Western Jazz, these beats provided the basis for the creation of the Mambo then the Cha Cha Cha and Salsa. The mambo is the result of a long cross-cultural journey, A journey through life with Music and Dance. 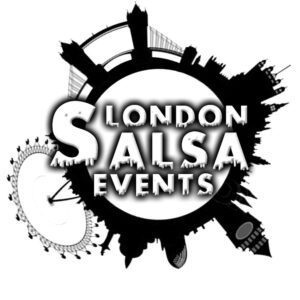